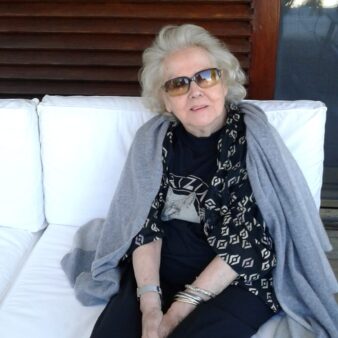 THE STORY OF ROVERE D’ORO

It was the 1990s, a long, long time ago, and with great enthusiasm, I had been appointed president of the Autonomous Tourist Board of San Bartolomeo al Mare, a small and charming tourist town in the center of the lush gulf that stretches from the enchanting medieval village of Cervo to the more famous and sought-after Diano Marina.

Among the most relevant tasks of the Company was the organization and realization of the events aimed not only at the citizenship, but also and above all at the entertainment of the welcome guests and a source of attraction and publicity of the locality itself.

For the realization of the above, I used to rely on a festivities committee, created ad hoc and composed of wonderful volunteers always available and reliable whose president was Mrs. Rita Romani Arimondo, a fortunate and prestigious choice that accompanied me all my life and that after her recent death left an unbridgeable void.

Well, after a few years that I would call routine, with the addition of a few novelties, such as the illuminations that finally also in our town illuminated the main streets reminding everyone of the Holy Christmas festivities, on an unhappy night with rain, lightning and thunder, I was in my office at the Company together with Rita and the deputy mayor as well as tourism councilor Pietro Ceresi, whom I mention here for his constant support and collaboration in our initiatives, that we were discussing the future calendar of events, and I will not hide the fact that while expressing my perplexity about the scattershot interventions for future entertainments, I suggested that I would have liked to invest a large part of the budget in a quality and attractive event that would characterize and publicize our locality, that is, an event that would be original, different from those that were already happening even in neighboring cities and would distinguish us.

And so it came about, out of a sense of disappointment and dissatisfaction, with Rita, a lifelong lover of classical music and of young people who were not always able to make their talent known and perform in public, the idea was born to create an international competition for young talents who would perform in the Rovere Churchyard and be judged by an international jury, after passing auditions to choose the best musicians in the various instruments.

It was then planned to establish a prize for the best performer who would become known and famous in time:

Never was the choice happier, also because we did not yet know what was in store for us: knowledge, difficulties, masters, Italian and foreign music conservatories, creation of the announcement, the manifesto, finding the international jury, in short, it was not easy to enter as laymen into such a closed and highly professional circuit.

I want to incense myself here, hoping to be forgiven, for haughtiness, but I cannot overlook the successful creation of the Rovere d’Oro logo and poster, which even today after more than 30 years, still remembers and announces the competition, the oak leaf with violin keys, also reproduced in the award.

Great organizational help was brought by the fortunate choice of the first artistic director M° Luciano Lanfranchi, who with his knowledge and friendships formed the international juries, suggested the names of conservatories not only in Italy, but also in Europe and Asia.

Improbable was also drafting bylaws and announcement, selecting instruments, scoring by age, leaving out the nights lost by Rita and a few other volunteers in filling out forms and writing addresses on thousands of envelopes.

A turning point was also to have had as president of the Association, in the meantime established, the honorable and famous writer Gina Lagorio, and this was thanks to Rita’s friendship, which opened for us numerous doors and relations with the Ministry of Tourism, as well as financial support.

I let you imagine the enormous difficulties encountered and experienced in the first editions, due to the scarcity of participants and the lack of knowledge and notoriety of our contest.

Only with time, constancy and perseverance, together with everyone’s commitment to adding and improving all stages of the competition, was it possible to create an increasingly qualified jury, raising the artistic quality of the participants; all this has led the Rovere d’Oro to be still alive after well over 30 years, recognized and coveted by the students, awarded by the Region, thanks also to the new artistic director M° Christian Lavernier.