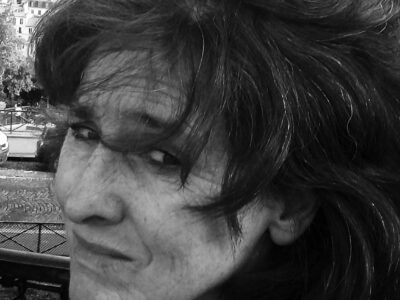 Federica Repini graduated in piano at the Conservatory ‘G. Tartini’ in Trieste under the guidance of M° Roberto Repini with highest honors. She then specialized with M° Bertucci in Naples and with M° Ortis at the Hochschule in Bremen.

Winner of the “F. Schubert” competition in Moncalieri.

She has performed as a soloist with orchestras and in various chamber ensembles (Gioventù Musicale circuit) throughout Italy.

He has recorded for Italian, Slovenian, Croatian and German Radio Television.

He has collaborated for several years, as accompanist pianist, in chamber music courses in Follina and Cologne.

Since 2006 she has been a member of the Ensemble Variabile together with the well-known clarinetist Claudio Mansutti, with whom she has performed in numerous theaters, concert halls and festivals in Italy and several European countries such as: France, Spain, Belgium, Slovenia, Montenegro, Holland, Czech Republic, Austria, Germany, Norway, Switzerland. She was a guest as Ensemble Variabile at the prestigious “Carnagie Hall” in New York the first time in 2016.

In 2017 she performed in the United States at Jackonsville University where she also held a master class. In 2017 I had the honor of playing for the second time at Carnagie Hall performing a world premiere by emerging composer Cristian Carrara.

She has been collaborating artistically with the Luigi Bon Foundation for many years, actively participating in all artistic choices.  In particular, she has specialized in the training of talented musicians and master classes in ensemble music.

She is mainly involved in the conception and implementation of projects aimed at young artists for their artistic insertion into the professional world.

Since 2016, she has been assistant to the artistic direction of the Luigi Bon Foundation and together with Director Claudio Mansutti, she curates the playbill for the musical seasons of Teatro Bon, Carniarmonie, UdineEstateinCittà, and initiatives related to the musical training of the performing public and young emerging talents.

She curates the teaching of il Cantiere dell’Arte, an ensemble of young emerging talents who perform in Italy and abroad at theaters and festivals

Since 2022 she has been co artistic director of the Luigi Bon Foundation.

She carries out intense teaching activities as a piano teacher and in the preparation of chamber ensembles since 2002. 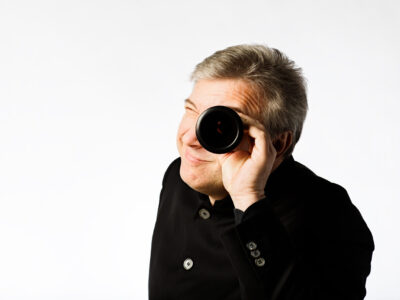 Claudio Mansutti graduated in clarinet with full marks from the conservatoire “J. Tomadini” in Udine under Maestro A. Pecile, and later studied with Maestros P. Borali (RAI of Milan).

He has won 5 chamber music competitions of national and international level, and recorded for RAI and ORF. He has founded the Diapason Ensemble and the Accademia Ars Musicae Orchestra of Klagenfurt, where he was first clarinet, and reached the national finals for the European Youth Orchestra.

He collaborates on a regular basis with the Berliner Philarmoniker String Quintet, with the Janacek Quartet he has founded Ensemble Variabile (a chamber group with whom he played regularly throughout Europe). In 2001 he received the “Moret d’aur” prize for Culture Personality of the Year in Friuli Venezia-Giulia.

Mansutti performed in duo at the prestigious Carnagie Hall in New York. 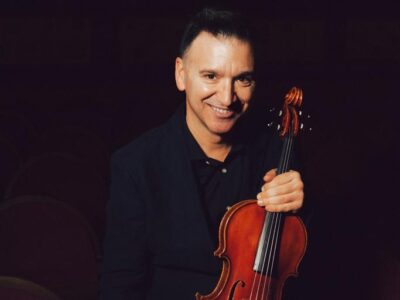 One of the most important violists of his generation, winner of numerous national and international viola competitions, David Fons started with the viola of Vicente Ortiz, Luis Roig and Luis Llacer, followed by Jesse Levine and Wilfied Strehle, earning honor prizes in the Conservatorio Vert Master in Carcaixent and Superior Conservatorio Joaquín Rodrigo de Valencia, First Prize in the International Viola Competition Viola 94, First Prize in the bi-national France-Spain competition, Bayonne 1995.

In orchestras such as OSN, OCV or Collegium Instrumentale he was able to work with Maestros such as F. Ayo, N. Chumachenco, Y. Menuhin, V. Ashkenazy, Z. Mehta or F. X. Roth, among others.

He has participated in many of the most important chamber music festivals in our country, France and Espagne, as a member of the Rebec Trio, the Palomares-Fons duo, the Naght Trio and as a collaborator with the Beethoven Klavier Quartett, Ensemble de Cadaqués and V430.

As a soloist, he performed in the auditoriums of Zaragoza, Vigo, Valencia, among others, together with directors and soloists such as Cristobal Soler, Vicent Alberola, Jesse Levine, Vasko Vassilev or Franco Petrachi.

In January 2019, he presented his first disc “Viola Oppression,” which contains sonatas by R. Clarke and D. Shostakovich, for viola and piano with pianist Kei Hikichi, for the Orphues Classical label.

David plays a 1954 Giacommo and Leandro Bisiach viola for his concertos. Floraleda Sacchi is regarded by critics as one of the most interesting and original harpist in the international concert panorama:

Floraleda appeared as soloist with dozens of orchestras. Some special project should be mentioned as:
In 2014 she recorded a new concerto by Manuel De Sica with Filarmonica Toscanini published by Brilliant Classics.
In 2018 she premiered a concerto dedicated to her by composer Claudia Montero. Recorded with The City of Prague Philharmonic Orchestra the concerto was included in the album “Magica y Misteriosa” that received the Latin Grammy in 2018 as Best Classical Album.
Among others, should be remembered also the première of concertos for Harp and Strings “Slovo O” by Peter Machjdik (2013) and “Loreley Impressionen” by Howard Blake (2021).

Since 2015, alongside the Classical repertoire, she has embarked on a new, more personal path in making music, composing her own pieces and applying electronics, looper and effects to the harp, to develop an extremely personal sound and a new artistic identity.
Her first project in this direction, “Darklight” (2017), got outstanding reviews and hit the  the top of the Classical music chart in various countries. On January 11th 2021, the single “Primavera” reached the 19th position of Italian chart (all genres): an unprecedented result for a piece for harp and electronics. With her numerous recordings constantly appearing Floraleda is one of the most listened to harpist in the world with a constant number of audience granting her more than 1 million streams per year.

She composed music for theatre and cinema. One of the best known projects is her music for the play “Donna non rieducabile”. The show – which had more than 170 performances (including the European Parliament in Brussels to main Italian theaters) –  was transformed by RAI 2 into a movie presented at the 66th Venice Film Festival and published in DVD by PromoMusic.

When 21, she won the Harpa Award (Prague, 1999) for her book on Elias Parish Alvars, a Romantic author for whom she is still considered the reference expert. She has written several articles appeared on major harp journals (American Harp Journal, Harpa, World Harp Congress Review) contributing to expand and discover Harp repertoire.

Born in Como (Italy), Floraleda was inspired to play the harp by Annie Challan’s recordings. She studied at Como Conservatory and perfectionated in Germany, USA and Canada with Alice Giles, Alice Chalifoux and Judy Loman.

She is Harp Professor at “F. Torrefranca” Conservatory (Italian University) in Vibo Valentia and she hold masterclasses in important institutions in Europe, USA and Japan. 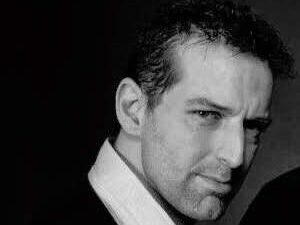 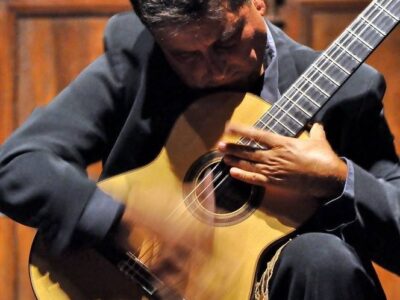 Born in Malaga in 1966, he begins the study of the guitar under the direction of his father, the guitarist and professor of the Conservatory of Music of Malaga, Antonio García Azuaga, years later, he continues his studies at the Royal Conservatory of Music in Madrid, where he is distinguished by unanimity with the “End of Career Honor Award”.

In 1985, he received a scholarship from the Ministry of Culture and was awarded the “I Eduardo Ocón Scholarship” by the Diputación de Málaga, to further his training in international courses. In 1987 he is appointed Professor of the Conservatory “Manuel de Falla”, in 1988 he opts for the Competition-Competition for Professors of Music and Performing Arts obtaining the number 1 in the aforementioned call. He obtains the research sufficiency at the University of Malaga by the department of plastic and musical expression and within the program “Expressive elements in the field of education”, currently holds the “category of director of educational centers”, awarded by the Junta de Andalucía, in addition to various distinctions, awards and merits of other national and international institutions. Recently, he has been distinguished with the “Alirio Díaz” Master Commendation granted by the Bolivarian Government.

He is co-author of the New Guitar Method (a didactic method used in many schools) and has participated as a concert performer and actor in the film “El Maestro”. 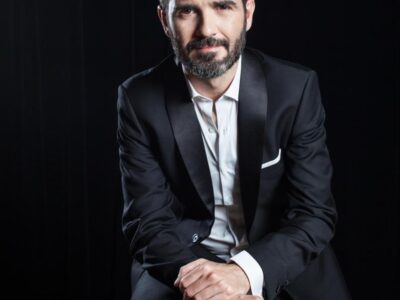 He has studied in Valencia, Barcelona, Madrid and Lausane with M° Ramón Coll, Ana Guijarro and Fausto Zadra.

Especially focused on chamber music, he has shared the stage with some of the most outstanding Spanish musicians and singers. He is a member of various ensembles such as Liber Quartet and Voces Paralelas, performing all over Spain with the actress Rosana Pastor. After years of important collaborations with various chamber ensembles, such as the Grup Instrumental de València, in 2015 he founded the Trío Iturbi, with which he has maintained an intense activity during the last years, including the integral of Beethoven for trio with piano.

He has performed over several seasons with the Orquesta de la Comunitat Valenciana under the direction of Lorin Maazel and Zubin Mehta. Likewise, he has been piano soloist of the Orquesta de València between 2008 and 2021.

He has curated the season 20/21 of the Palau de la Música de València in the form of José Iturbi 125, as well as the exhibition Iturbi, més enllà de Hollywood, organized by the City Council of València to commemorate the 125th anniversary of the birth of the Valencian pianist. He has also directed the edition of the book Iturbi, més enllà de Hollywood.

He has been Artistic Coordinator of the Iturbi Prize of the Diputació de València, from where he founded in 2020 the International Piano Festival of Valencia Iturbi.